H-O-H is a flocculant for drinking water that consists of two agents, Kiyomaru-kun and a sterilizer.
JICA launched the "Private Sector Proposal Type Dissemination and Demonstration Project" in fiscal 2012, and has installed water purifiers using coagulants at 28 locations in rural areas of Vietnam, where poor drinking water quality and sanitation problems caused by contaminated raw water are serious. The water has been used by local people on a trial basis.
In order to use the water as drinking water, it is necessary not only to eliminate bacteria such as E. coli, but also to deal with arsenic, which dissolves even if the water is boiled. H-O-H cleared 109 test items in the drinking water test results. 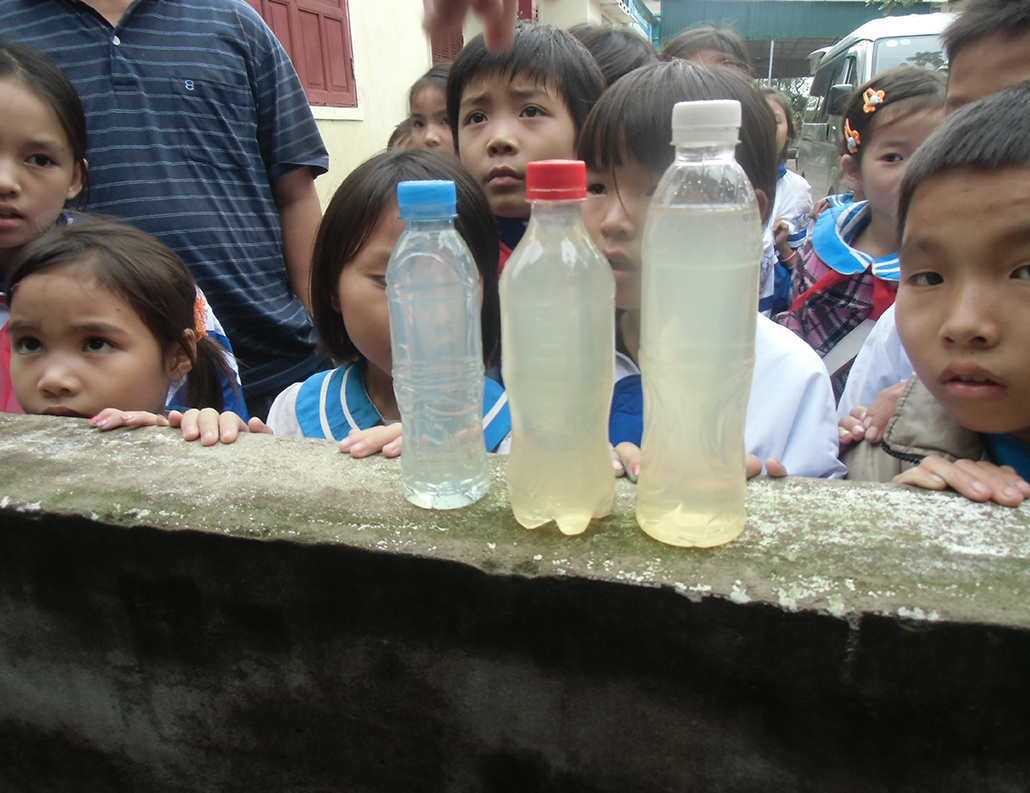 For inquiries about environmental development projects, products, and services